Note: Always contact your supplier to determine if the coronavirus (COVID-19) will affect your order.

All 6 Options
0piecesselected, US $in total
View Details 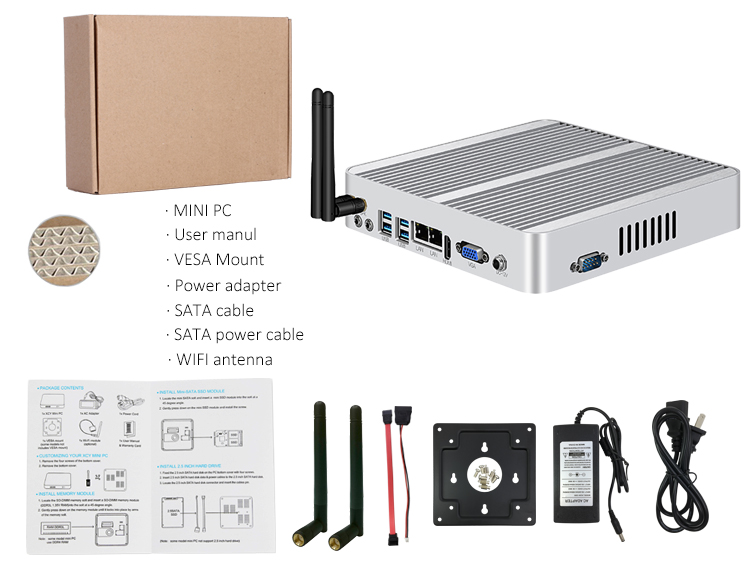 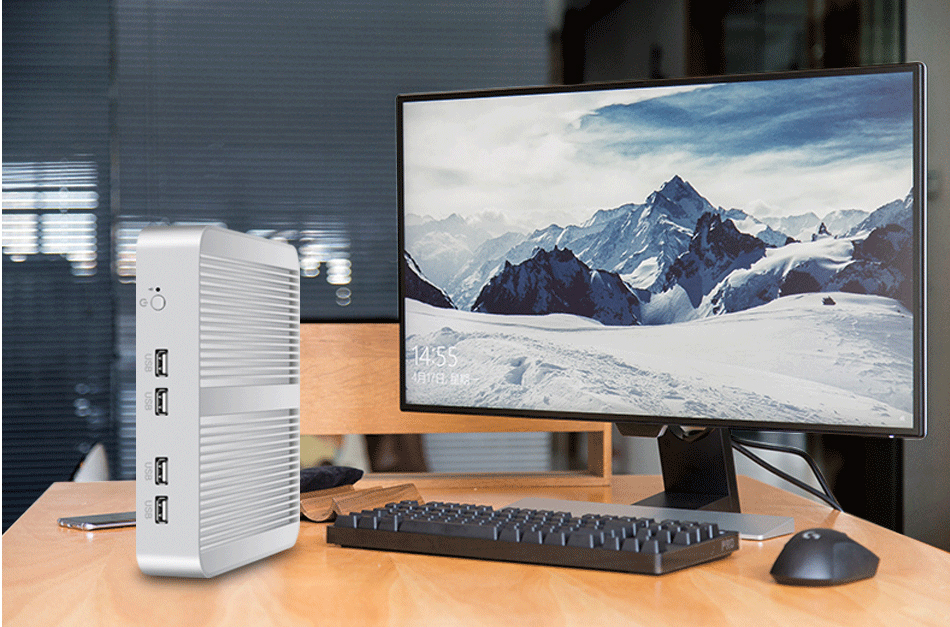 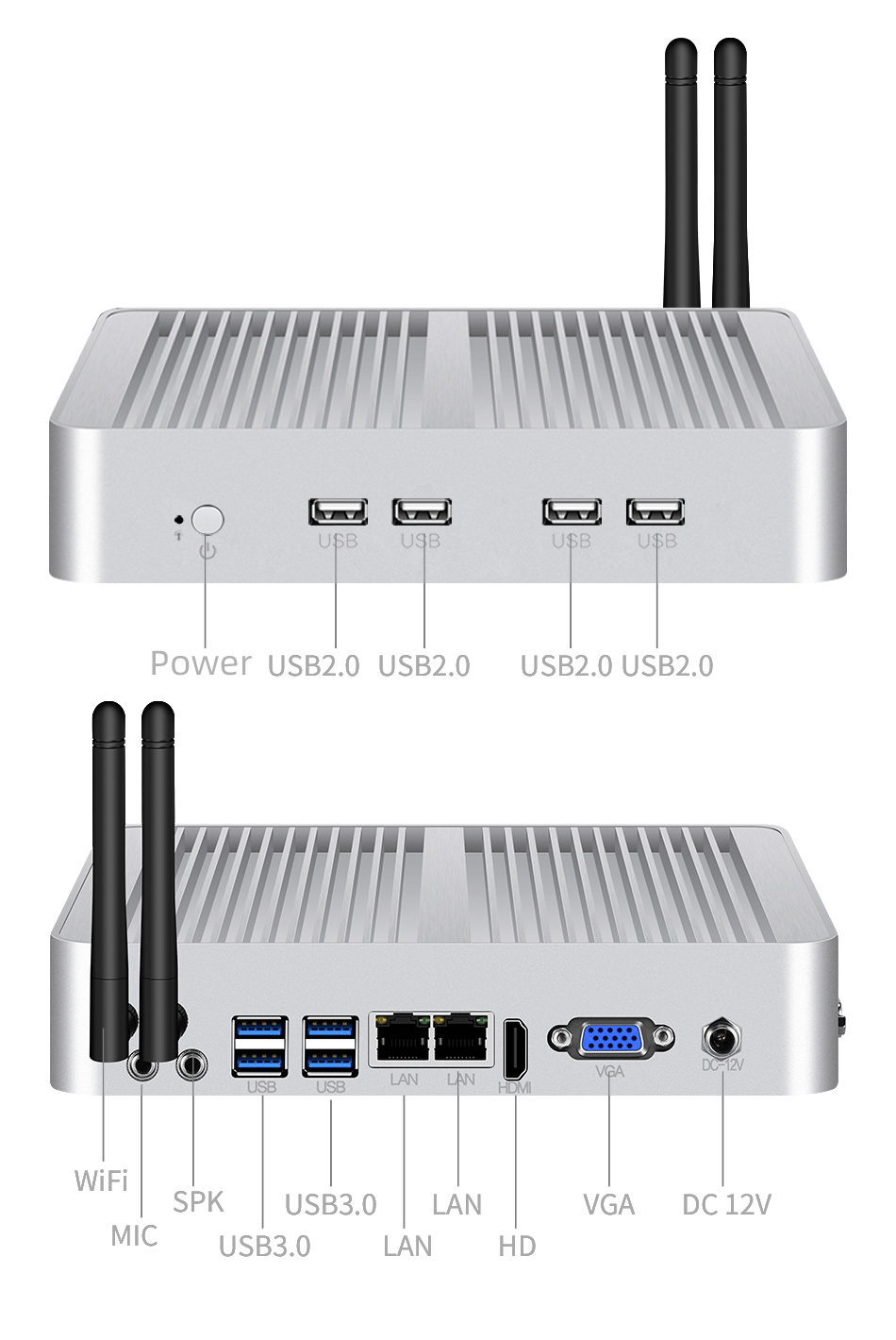 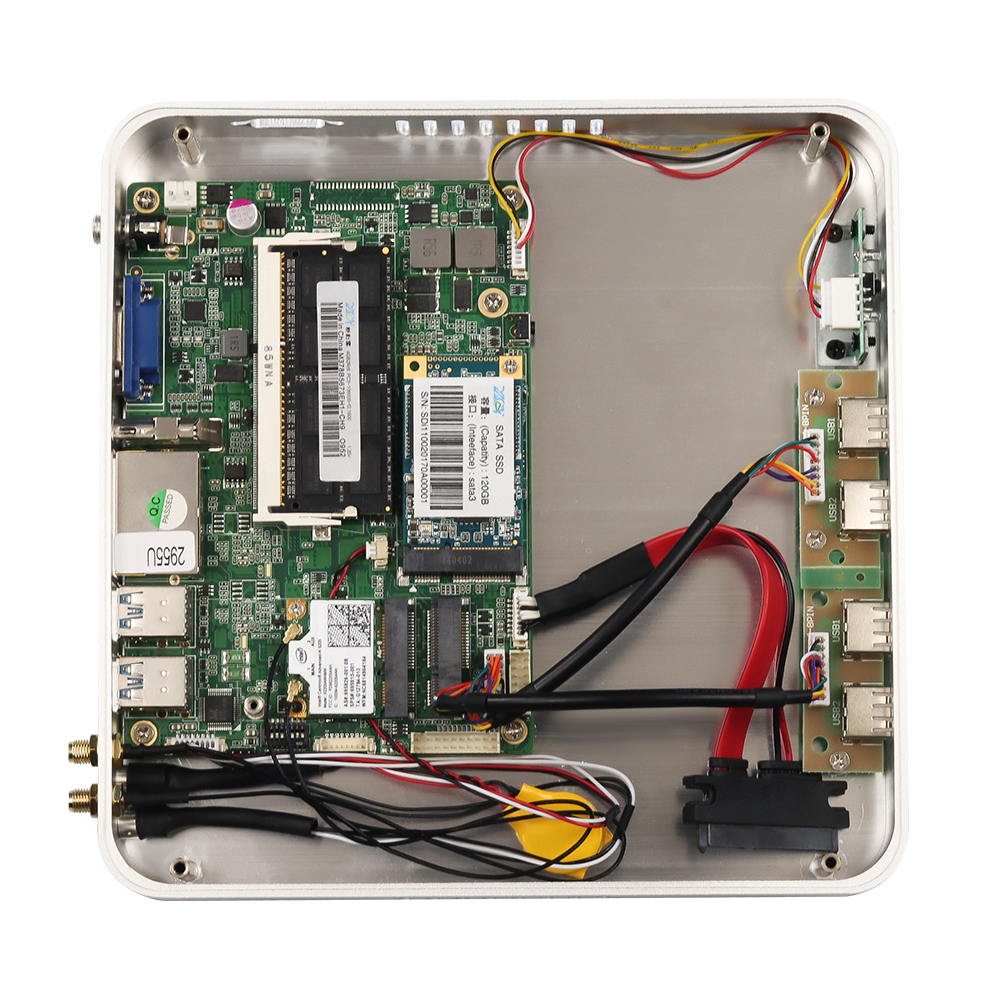 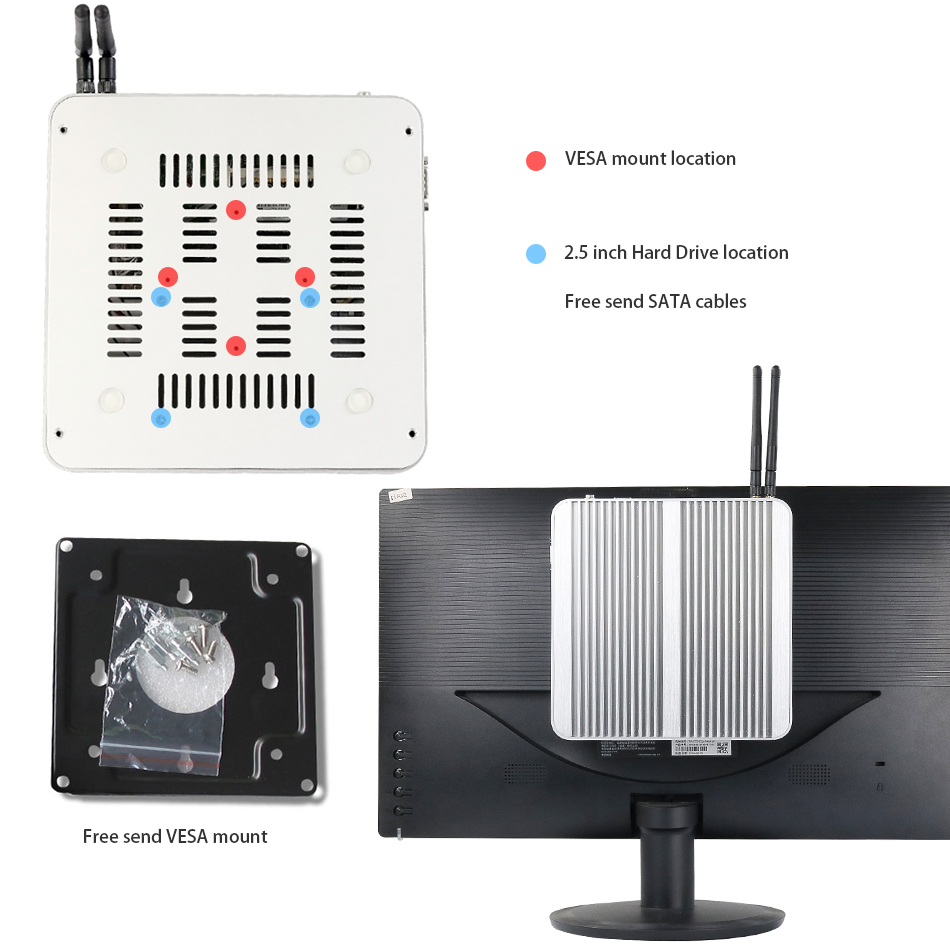 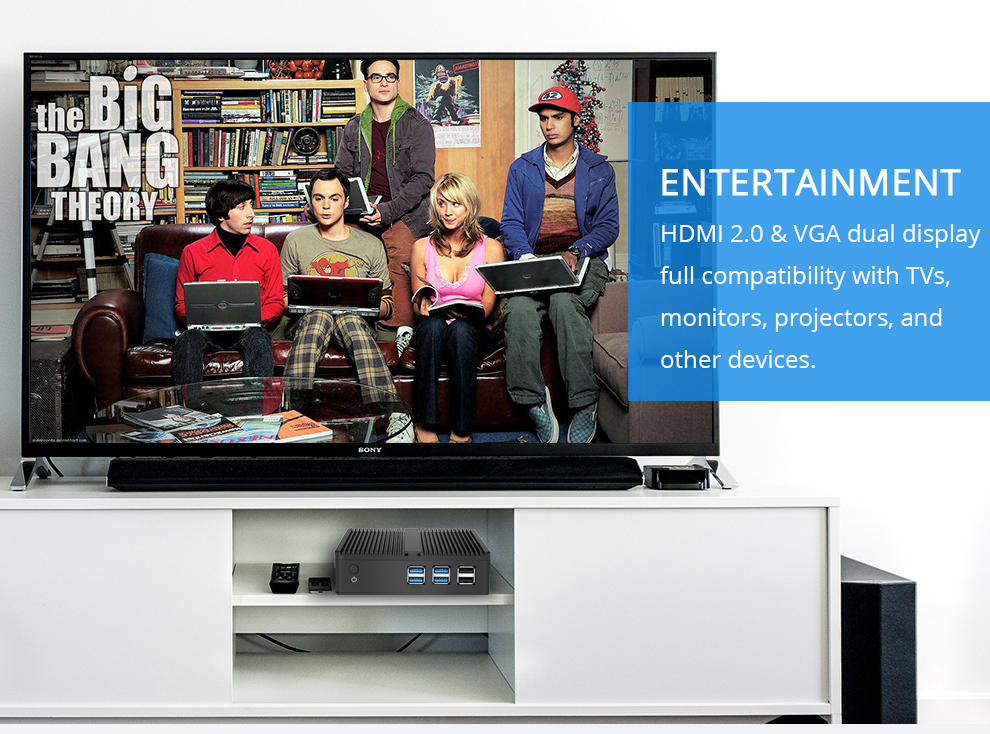 Home use
Stunning graphics via Displayport, HD or VGA H26W gives you ultra-realistic HD visuals. It’s ideal for a home theater set-up, allowing you to browse the web, view photos from your SD card, or watch movies in stunning clarity. You can connect H26W to several displays for more onscreen desktop space; you can even extend a single windows across multiple displays. It works with any monitor, HD-equipped TV, or projector to give you a multitude of display options.
Office use
A energy-efficient mini PC that’s as quiet as a library H26W keeps the environment in mind, and delivers incredible energy efficiency- drawing as little as 4.5W at idle. This means you can leave H26W on overnight to download software updates or back-up files, all without racking up electricity bills. It also operates in remarkable silence – generating just 21dB of noise at idle. And it doesn't get much noisier at full load either – at just 35dB, that's as quiet as a library. 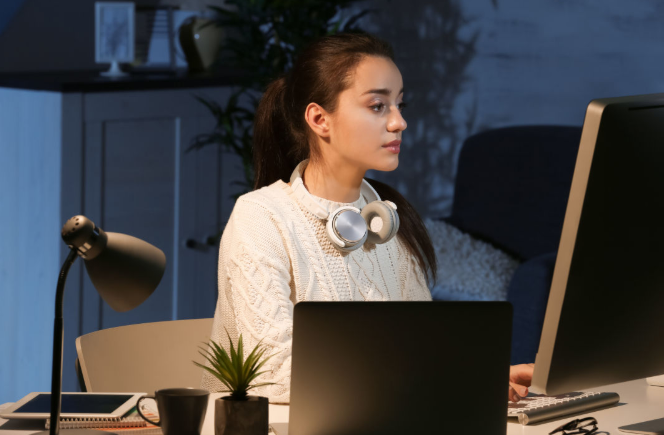 Company Profile
Shenzhen Helor cloud computer co,. ltd( HLY) specialized in mini computer since 2013, located in Shenzhen, Guangdong, has our own
motherboard manufacturer with trading department, developed more than 50 kinds of self-developed product, applied in different
fields, for AI, office work, education, entertainment, advertising, transport, military, industrial etc. Product sold in more than
60 countries and regions, annual sales exceed one million units.
The technical expertise of our highly recommend knowledgeable and dedicated staff forms the backbone of our company. Form the
design stage to installation to our unsurpassed warranty, HLY clients are assured of the highest level of quality and service. 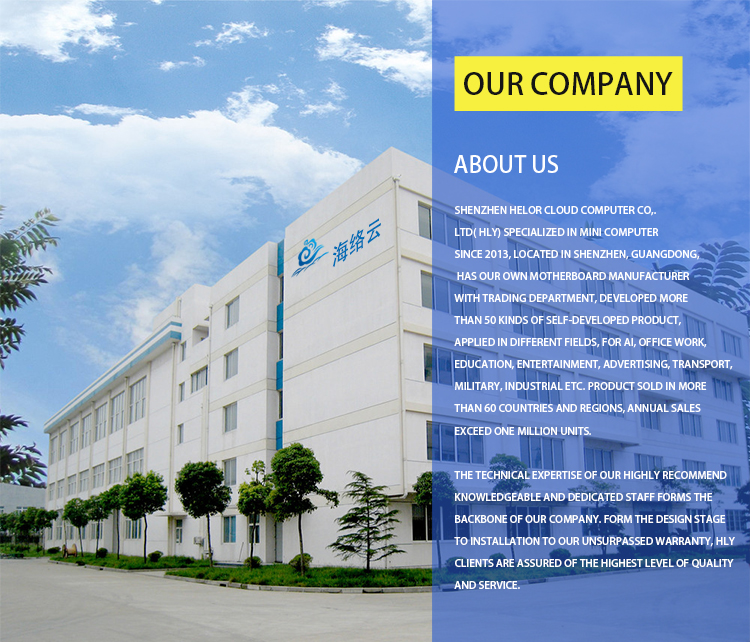 The technical expertise of our highly knowledgeable and dedicated staff forms the backbone of our company. From the design stage
to installation to our unsurpassed warranty, HLY clients are assured of the highest level of quality and service.
HLY carries the line of over two dozen manufacturers of computer components, communications products and specialized electronics
for automation and control, thereby enabling HLY to offer the best prices, state of the art equipment, knowledge of the
marketplace as well as the latest technological developments to our clients.
Our engineers are unsurpassed in their ability to analyze requirements and tailor a solution meeting all specifications, which
allow us to research and development various sorts and varieties computer to fit the specific technical requirements of the
customer.

1.Warranty: 1 year, the second year and the third year, we can repair it free. but we will charge for the parts that need to
change.
2.We can sell one sample for your test.
3.We can provide OEM/ODM services.
4.we 24h online, you can send message any time to us, will answer as soon as we can.
5.We ensure offer great products, services and favorable prices. And we have a long-term and reliable supply. If you have any
questions, suggestions or need any assistance, we are always here to give you quick response.

2.Q: What is a fanless computer? Not used yet, any features and advantages?
A: Generally there is a fan inside if the computer to expand the heats caused by CPU and other spare working parts; the fanless
computer adopts top quality but lower power consumption spare parts to replace the fan. They cause only a little heat to make sure
the computer is in good working condition.
Differences between fan and fanless computers:
Noise: fan computer makes much noise in working, even if it’s high quality but the fanless computer makes zero noise.
Dust: fan computer accumulates lots of dust for a long time used, and dust can make the motherboard circuit shorted; fanless
computer never has such troubles.

3.Q: Can I add a HDD to extend the computer even if there is a mSATA SSD inside?
A:mSATA SSD is supported in this computer, it is working fast and smaller size.most of people put the operating system in SSD. If
you need more capacity, we can put the SATA and power cable, screws in the computer, and you can fix the HDD in the back casing,
there are 4 holes for HDD fixed.(some the model can't support)

4.Q: Does this computer support bigger size TV or projector? What is the effect of a bigger display?
A: This computer with HD and VGA ports, supports any size and resolution of TV or projector, it works perfectly with 1080P full
HD. In our display room, one us Samsung brand 55 inch Tv, the other one is EPSONTW8000 projector, the display screen is 150 inch,
the video is quite perfect.

5.Q: How is its performance? Can I play games on this computer? Because of it so small and no fan.
A: The CPU is from Intel the latest technology low power consumption CPU, about 15W, but its performance is quite good, it’s
widely used in office, commercial use, live room. It works perfectly in WIN7,blue-ray,3D HD videos, it also supports well 3D
games.

6.Q: Will it be too hot in working? Can it work for 7*24hrs, zero noise attracts me, but I am worried about this.
A: The CPU is Intel latest lower saved CPU, rated power of CPU is only 15W, the CPU is only about 60℃ in lots of testing. And it
won’t work in the most powerful performance all the time. As you may know, the laptop CPU temperature is about 78℃ or more. Each
one will be tested 3*24hrs before shipping. Normally the heat doesn’t affect the CPU life at all if the CPU temperature is under
80℃, so don’t worry at all for its cooling.

7.Q: Why do I feel the casing so hot when it ‘s working?
A:The CPU almost touches the back casing to expand the heats,its temperature is almost the same if that of CPU.1st, the metal
casing is for heat expanding more easily,this is one of the reasons to use metal materials as its casing;2st, there is thermal
paste with silver material imported from Japan in the CPU plug of motherboard.3th,there is free bracket mount attached to
computer,you can make it stand in the bracket mount for cooling.

Similar products in other categories: